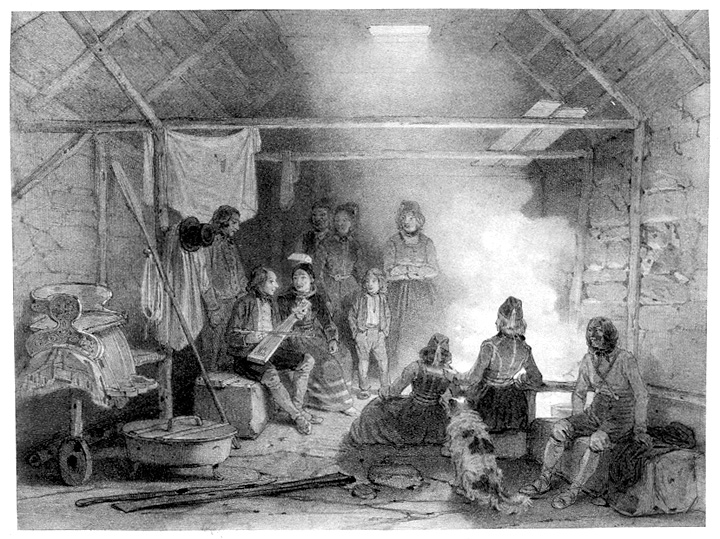 A concert in the kitchen of an Icelandic farmhouse. The kitchen belonged to the farm Grímsstaðir in Þingeyjarsýsla, where the members of the Gaimard expedition — en route from Vopnafjörður to Lake Mývatn — spent the night of 7 August 1836. The next day they were ferried across the Jökulsá á Fjöllum. The original caption reads:

A concert at Grímsstaðir á Fjöllum. A farmer is playing the langspil, an ancient Icelandic string instrument. This picture is the oldest known representation of a langspil being played. On the ground some oars are visible, suggesting the job of ferrying people across the Jökulsá á Fjöllum, performed either by the musician himself or some other member of the group.

Also visible, on the table on the left, is a brass-decorated woman's sidesaddle.

After having supped or dined we assembled in front of the hearth in the kitchen . . .and organized a sort of concert, in which an Icelander performed on the langspil, playing tunes that were very similar to Breton melodies. (2VIG266-7)