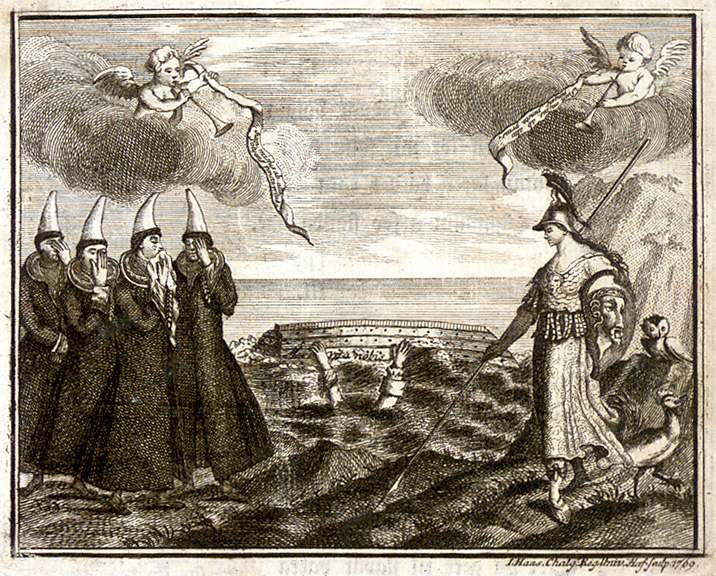 The illustration depicts a sea with roaring waves; in its midst lies a capsized boat. Between the two hands — a man's and a woman's — clinging desperately to the side of the boat, these words are written: Mors vita nobis. On both sides two small mountainous promontories can be seen. The one on the right is more easily visible, and in front of it stands Minerva, the goddess of wisdom, fully armed and eager to help her friend and admirer, whom she perceives in terrible danger. But she is able to do nothing and therefore grieves and laments his fate. The cock attending the goddess symbolizes her conscientiousness and vigilance, the owl her acuteness and peaceableness. The women on the left, dressed in mourning, lament the destruction and loss of their virtuous sister. Clouds drift overhead, and two angels appear from them, blowing trumpets. The one from the west brings this sorrowful news: Sum missus a[b] alto, solvens juncta prius. The other, farther east, announces these tidings of joy: Sum missus ab alto, jungens juncta prius.