Jones, Inigo, 1573-1652; Charleton, Walter, 1619-1707; Webb, John, 1611-1672 / The most notable antiquity of Great Britain, vulgarly called Stone-Heng, on Salisbury Plain, restored, by Inigo Jones ... To which are added, the Chorea gigantum, or Stone-Heng restored to the Danes, by Doctor Charleton ; and Mr. Webb’s Vindication of Stone-Heng restored, in answer to Dr. Charleton’s reflections ; with observations upon the orders and rules of architecture in use among the ancient Romans : before the whole are prefixed, certain memoirs relating to the life of Inigo Jones
(1725)

Webb, John, 1611-1672
A vindication of Stone-Heng restored : in which the orders and rules of architecture observed by the ancient Romans, are discussed : together with the customs and manners of several nations of the world in matters of building of greatest antiquity : as also an historical narration of the most memorable actions of the Danes in England 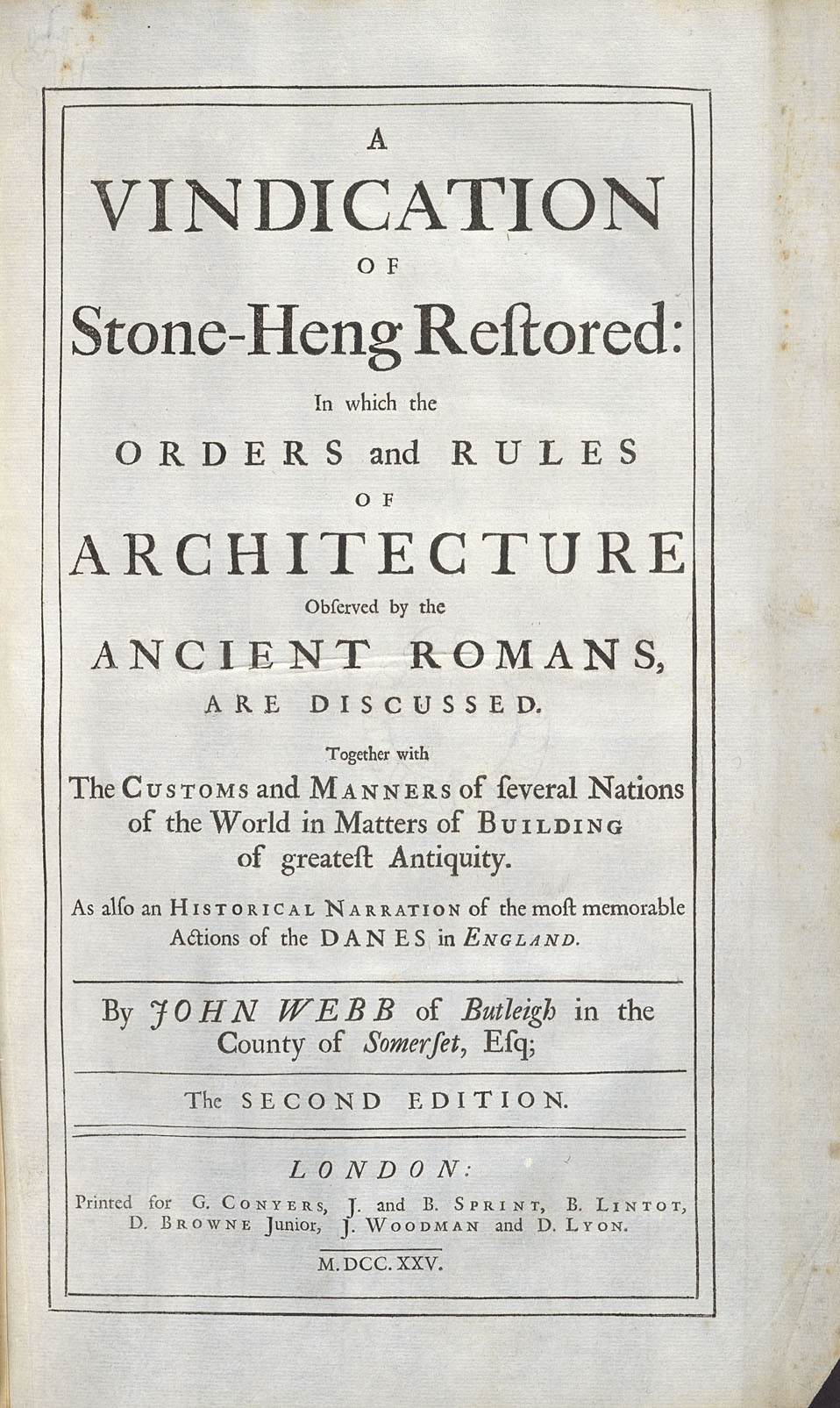